Well – now that work had finally begun on Super Nintendo World in Japan – news on when the American parks will be getting started is scarce. But recently some images have been leaked that may (or may not) be genuine – some concept art of what to expect in the up and coming Super Nintendo World at Universal Studios. I must point out that these images are not confirmed as being authentic. 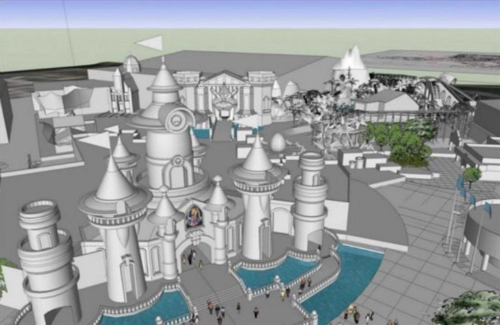 Quite possibly the main entrance to the Super Nintendo World area? It looks like guests will walk in via Princes Peach’s castle. 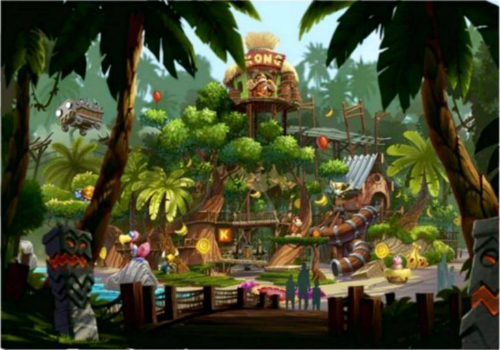 This one looks like the proposed Donkey Kong Land area. There seems to be a children’s play area with slides and in the background – a Donkey Kong coaster? 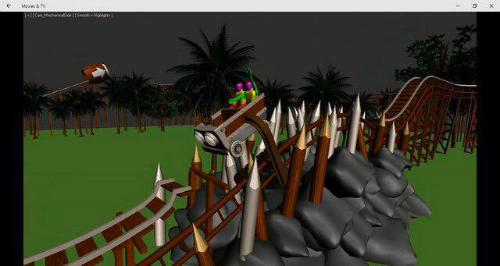 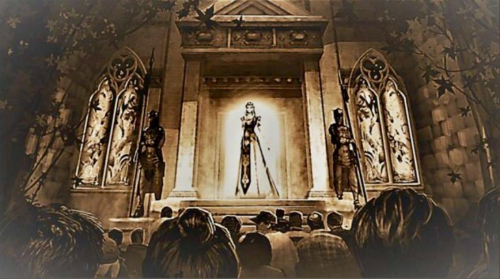 With the punters crowded around – this one looks like some kind of possible live/interactive show or pre-ride experience based on The Legend Of Zelda? 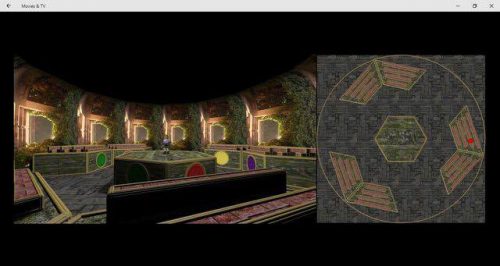 Is this inside The Legend Of Zelda live/interactive show? Looks like it anyway with seats around the main stage and what looks like Link himself standing in the middle. 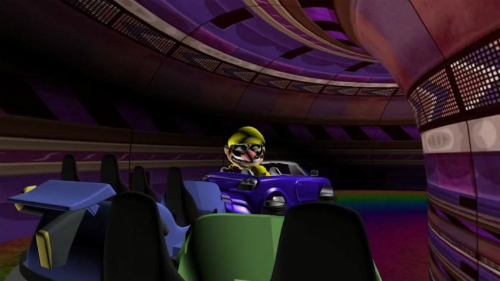 The biggest and main ride/attraction at Super Nintendo World is said to be a new ride based on the Mario Kart franchise and these concept images seem to be for exactly that.

Exactly how the ride will work or what it will contain is not yet known. But its obviously some kind of a karting based attraction. But will you be just sitting there looking at scenery or will you actually be racing against other punters and Mario characters shooting power-ups at each other? 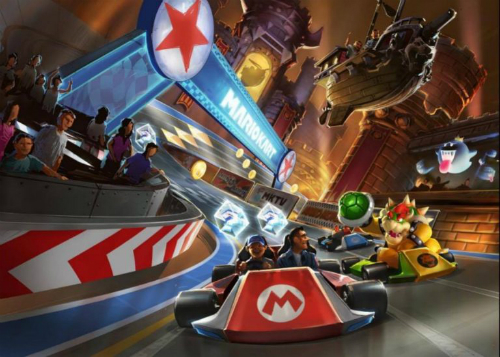 This concept art seems to show exactly that. Real people racing karts against Mario characters and yes… there are those power-ups too. Though I’m not sure how all that will work out unless its some kind of VR/ride hybrid experience – just maybe? 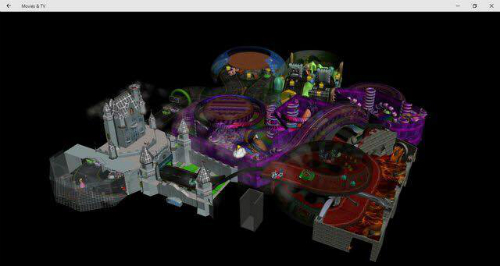 And here? Quite possibly the track layout for the Mario Kart ride.

So there you have it, some possible leaked images for Super Nintendo World and what we might expect. But what about the Florida version I mentioned in the headline? 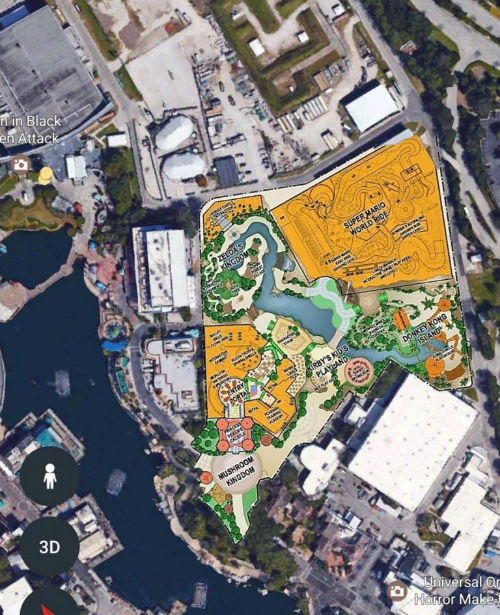 This image is a leaked possible map for Super Nintendo Land placed over the map of the Universal Studios Florida map. If you know the Florida park well (and I do), then you’ll know where this is set up. There is the Men In Black ride at the top left, following the path south and we are in The Simpsons/Springfield area and that big white building in the bottom right would be the E.T. ride.

So if these plans are accurate, then Super Nintendo World will be built at the back of the Springfield area and where the current kids zone is in the Florida park – which makes sense given Nintendo’s kid friendly attitude. But that also means that you can wave goodbye to the Woody Woodpecker ride and the whole interactive Curious George water play area.

You can also make out the various areas in Super Nintendo World including the main entrance to The Mushroom Kingdom (makes sense with the first image in this article right?), Kirby’s Kid’s Playland, Zelda’s Kingdom, Donkey Kong Land and of course the Super Mario World section/ride. Also note that the main area/ride (Super Mario World) is right at the very back of the whole area – forcing you to walk past everything else including shops and stalls… classic theme park set up.

It seems authentic and the proposed map does fit the area perfectly but I have to stress again that none of this is confirmed as to being official. 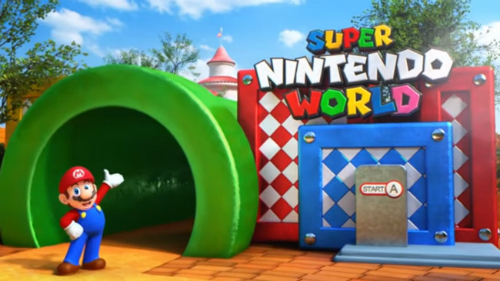 Well there you have it – what we may (or may not) expect to see when Super Nintendo World is built in Japan and what could possibly be plans for the Florida version too. Just have to wait until 2020 now…